The Best Character On 'Euphoria' Season 2 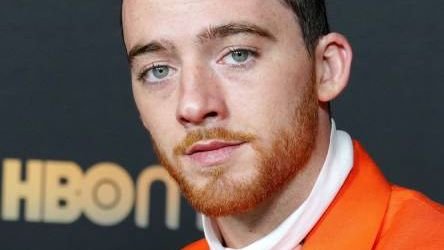 HBO Max's hit teen drama Euphoria is chock-full of complex, three-dimensional characters but the most interesting and arguably the best character of season 2 is Fezco, the drug dealer turned unlikely hero.

Played by newcomer Angus Cloud, Fez has become a fan favorite after his backstory was finally revealed in the first episode of the show's sophomore season.

While he may be partly responsible for Rue's addiction, there is another side to the softspoken supporting character that has people rooting for him.

He Takes Care Of His Family

In the season 2 premiere, Fez's origin story came to light and the audience got to see why he got in the biz of selling drugs.

It was revealed that he followed in the footsteps of his grandma, who was a violent drug queenpin. After his grandmother Marie became incapacitated, Fez took over the "family business" while also looking after both his bed-ridden grandmother and a new brother Ashtray.

He is very protective of his pack, including Rue, who he considers as a part of his family.

He Turned Sweet For Lexi

Another reason that has fans swooning over Fez is his budding romance with another fan favorite, Lexi. The two underrated characters finally got a chance to shine and interreact with each other in a flirty couch conversation during a New Year's Eve party.

While mostly everyone else in the party was engaged in wild activities, Lexi and Fez were having wholesome conversations about the history of Christmas, God, and self-doubt. It was a brief interaction but the chemistry was undeniable and fans were left thirsting for more.

He Finally Gave Nate What He Deserved

The best thing that Fez did this season, so far, is to finally give Nate the karma that he deserved.

At the New Year's party, the episode ended with a brutal beatdown that left Nate passed out and bloody. The scene showed that Fez was capable of being violent (just like his grandma) but Nate also had it coming with everything he has done in the past.

The confrontation further earned Fez more cool points, especially since Nate is one of the most hated characters of the show.

What Will Happen To Fez On Season 2?

The actors are always careful not to spoil the story but it is clear that Fez will be an important player this season.

It is likely that Fez's relationship with Lexi will be developing in the upcoming episodes. He could also be tangled up in a dangerous mess with the new group of drug dealers.

There's one thing fans are demanding -- for Fez to survive the chaos ahead and make it out alive for season 3!